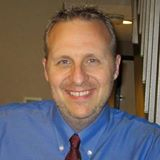 After graduating from Embry-Riddle Aeronautical University, Ashley relocated to Northern Virginia to start an airline career with Atlantic Coast Airlines (ACA).  In April 2002, Ashley started work as a Ramp Agent.  The job involved working around J41 turbo-props and CRJ200 regional jets at Washington Dulles International Airport (KIAD).  This was the recommended way to learn about airlines operations getting involved in an airline operational position.

Relocated to Melbourne, Australia September 2006 started working for Jetstar Airways as a Flight Dispatcher and Flight Follower.  The position involved prepping flight plans for all domestic flights across Australia and international ETOPS flights to New Zealand.  The aircraft fleet size at the time consisted of 23 Airbus A320s.

Due to paperwork issues back in the United States, Ashley had to return to the US in late 2007.  Ashley remained in the US for the duration of the paper work being sorted out.  While waiting for the paper work to resolve itself, Ashley trained for a US Multi-Engine Land Commercial Pilots Licence in Florida.

Upon returning to Australia in 2009, Ashley was re-hired to take up his previous position as Flight Dispatcher and Flight Follower with Jetstar Airways in Melbourne.  The Flight Dispatching and Flight Following position since expanded to include Airbus A320s, A321s and A330s.  All flights across Australia and all international ETOPS and Non-ETOPS flights to New Zealand, Indonesia, Singapore, Bangkok, Vietnam, Japan, Fiji and Hawaii.  Ashley worked as Flight Dispatcher until the position was outsourced to an overseas company in 2010.

Ashley completed the Certificate IV & Diploma of Advertising and the Advanced Diploma in Marketing & Communications at RMIT in 2017.

Towards the end of 2018, Ashley started working part time deicing aircraft as a sprayer at Indianapolis International airport.

Currently Ashley works full time as an Aircraft Fueler at Indianapolis International Airport and will return to aircraft deicing during winter.  In his spare time, Ashley is working towards building flight time to meet the US ATP requirements.